On Wednesday the 22nd of April Puur Media was on the premises of the Delft University of Technology for the upcoming documentary H2. The professor had invited us to a house which is used for researching sustainability. This house is the start of the Green Village which is to be built on this location.
We  interviewed founder of future Green village and professor Ad van Wijk.
Ad van Wijk shared about different energy solutions based around hydrogen cars and how they differ from cars that run on fossil fuels and how they can complement electric cars which run on batteries.
Moreover, he envisions a future where hydrogen cars play an important role in sustainable living.  He  envisions a future where hydrogen cars play an important role in sustainable living. Hydrogen cars could provide the required electricity  to replace the power plants.
After the interview, we dropped by the Ecorunner team in the Dream Hall. Filmmaker Benny Vink briefly looked back with Jim Hoogmoed (Team Manager) and Stefan Leegwater (Chief Engineer) on last week's events. They had had a busy week measuring the the air resistance of the Ecorunner 5, as well as the unveiling of their car for sponsors and family. After testing  a few days, we found out that their vehicle has the least air resistance in the world. After getting some rest, they  are  busy preparing for the race.
Below are some pictures.
Gepost door Benny Vink op 12:43 Geen opmerkingen:

H2 our documentary we follow a group of enthusiastic students of the Technical
University of Technology who participate in a competition against other universities.
With the aim of who has the most economical hydrogen vehicle designed and built.

In recent months they have been working on the design of the Eco Runner 5
calculation suggest that this could be  the best air resistance in the world.
To see if these calculation are correct the Eco Runner  was places 5 in a wind tunnel to measure the exact air resistance.
It's  was a fun and inspiring  day of film and the recordings are a beautiful addition to the movie H2 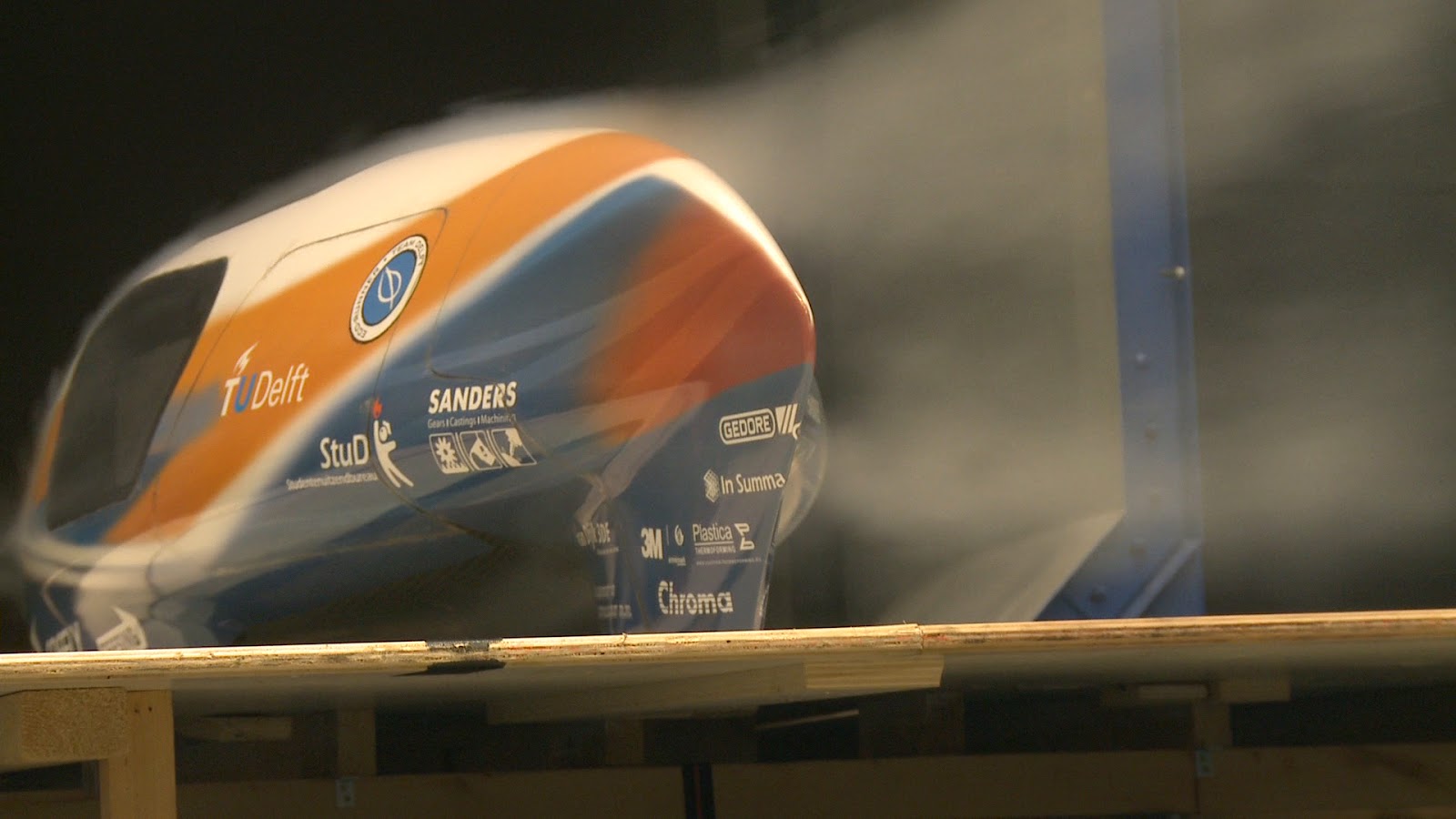 During our quest  in our documentary  "H2", a film about  tomorrow's transportation, we discovered that Hyundai is one of the first to put a hydrogen car on the market. To take inventory of the possibilities on driving on hydrogen at this stage, they followed up by organizing a  hydrogen event in Rotterdam. Because the H2 car was there, we drove down to Rotterdam to take it for a spin and film it for ourselves.
Car as Power plant
One of the speakers was Professor Ad van Wijk  from The Green Village/Technical University Delft. He talked about  how Hydrogen cars can become our local power plants. We are going to visit Ad van Wijk to film more about this.
Reinier van den Berg, a climate expert. He shared about the need of using different energy sources as the climate is feeling the impact of our current use of fossil fuels. He stated that in nature everything is solar powered and is created in  sustainable life cycles. He pointed out that if it's possible in nature, it's also possible in our societies.

Below more pictures of the event. 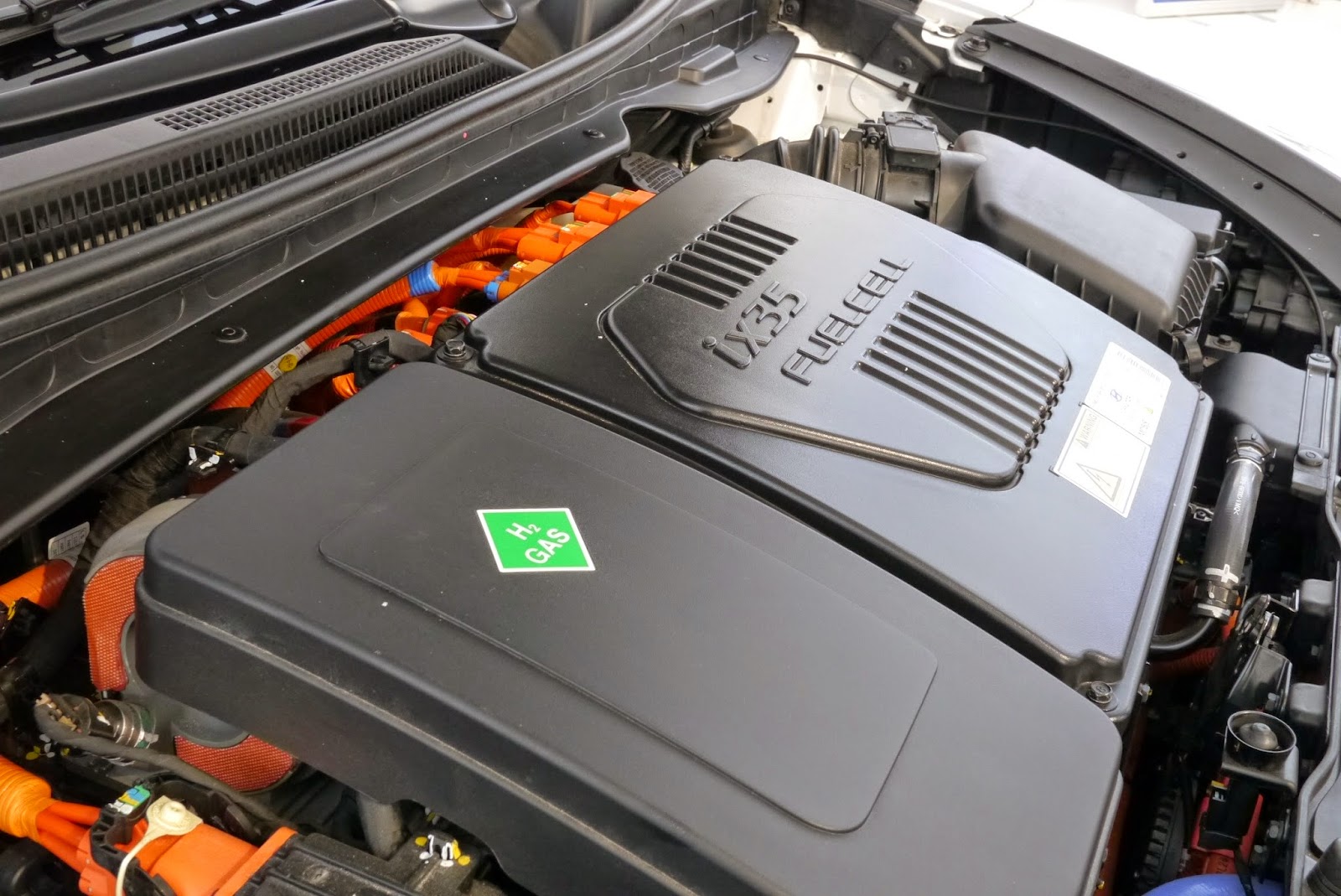 The fuel cell that turns hydrogen in electricity

Benny Vink
Love to inspires others by making films with good stories. We have to tilt to a more sustainable and social way of filming. By starting Pure Media Academy, where talent in front and behind the camera to develop their talent in a safe and healthy environment. We hope to lower the high threshold and make media available to many more.